2. Internal communication within Institutions is done through
(A) WAN
(B) LAN
(C) MMS
(D) EBB

3. Select the word which is least like the other words in the group.
(A) Othello
(B) King Lear
(C) Oliver Twist
(D) Macbeth

4. Gurudwara Dhamtan Sahib was built in the memory of
(A) Guru Gobind Singh
(B) Guru Nanak
(C) Guru Tegh Bahadur
(D) None of the above

6. Which of the following States has a separate Constitution ?
(A) Jammu and Kashmir
(B) Nagaland
(C) Karnataka
(D) West Bengal

7. Which of the following is not a world heritage site in India ?
(A) Ahmedabad city
(B) Hampi group of monuments
(C) Beluru-Halebeedu sites
(D) None of the above

8. Phalgu fest is held in Faral village on
(A) Nirjal Ekadashi
(B) Somavati Amavasya
(C) Kartik Purnima
(D) None of the above

13. The person who is unanimously regarded as the founder of Modern China.
(A) Sun-Yat-Sen
(B) Guomindang
(C) Mao Zedong
(D) Deng Xiaoping

17. On 22 January 2015, PM Narendra Modi launched the ‘Beti Bachao, Beti Padhao Yojana’ in which of the following city of Haryana ?
(A) Kurukshetra
(B) Panipat
(C) Chandigarh
(D) Panchkula

18. A magnetic needle lying parallel to a magnetic field requires W units of work to turn it through 60°. The torque needed to maintain the needle in this position will be

19. Rahui told Anand, “Yesterday I defeated the only brother of the daughter of my grandmother”. Whom did Rahul defeat ?
(A) Son
(B) Uncle
(C) Brother
(D) Cousin

20. Gangaur is held in the honour of goddess
(A) Saraswati
(B) Lakshmi
(C) Gouri
(D) Radha 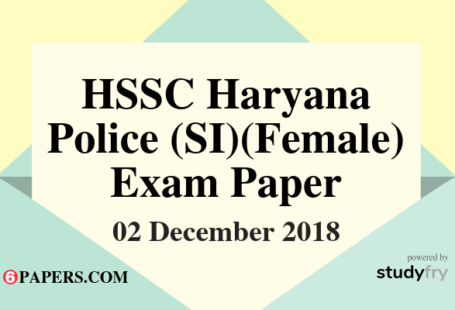 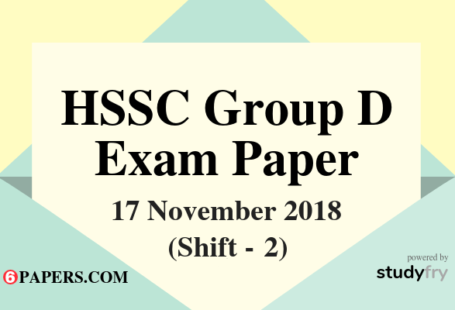 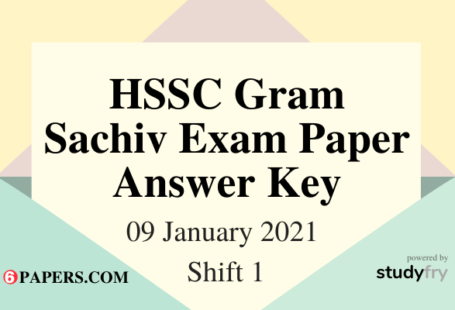