2. Bhatiyani Pratapkunwari, the queen of Jodhpur King Mansingh got the temple reconstructed elsewhere as the earlier one had caved in. She got the temple consecrated in 1857. The name of temple is –
(1) Kunj Bihari Temple
(2) Ghanshyamji Temple
(3) Teeja Manji Temple
(4) Mahamandir

6. When and where was the Central Electrochemical Research Institute established with the efforts of Alagappa Chettiar, Dr Shanti Swaroop Bhatnagar and Pt. Jawahar Lal Nehru?
(1) Chennai, 1948
(2) Lucknow, 1951
(3) Shivganga, 1953
(4) Karaikudi, 1953

7. Among Mauryan idols, the idol inscribed with the name Manibhadra (Yaksha) was found from which place?
(1) Noh village
(2) Jhing-ka-Nagra
(3) Besnagar
(4) Parkham

11. Which of the following statement regarding Ruma Devi is not true?
(1) She was felicitated with ‘Nari Shakti Award’ by the President of India in 2018.
(2) She is known in the field of Handicrafts.
(3) She played a major role in providing employment to Thousands of Woman.
(4) She was brought up in the village Jasrapur (Khetari).

15. What is Aanau’ in social customs and traditions of Rajasthan?
(1) After marriage sending bride to her in-law’s house for the second time
(2) Worship of Jal Jhulni Ekadashi
(3) Well worship
(4) Going to see the bridegroom’s wedding place by bride’s family

20. Consider the following statements pertaining to the Ahar Civilization –
(A) The natives of Ahar knew copper smelting.
(B) Rice was unknown to them.
(C) Metal work was one of the means of economy of the Ahar.
(D) Black – Red coloured pottery have been found here, on which generally white coloured geometrical designs have been carved.
Choose the correct option –
(1) A, C and D are correct
(2) C and D are correct
(3) A and B are correct
(4) A, B and C are correct 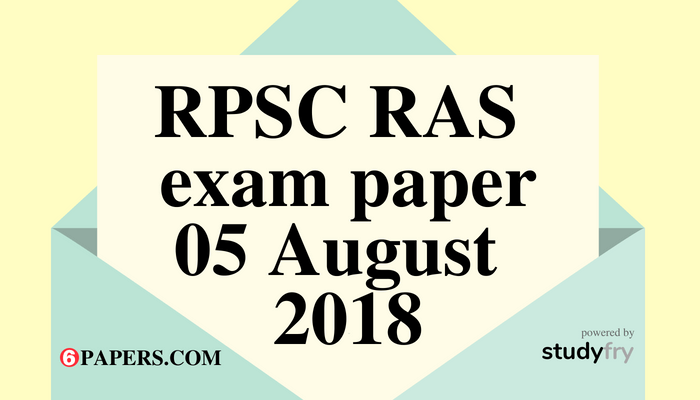 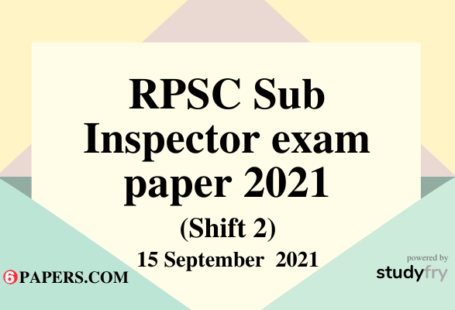 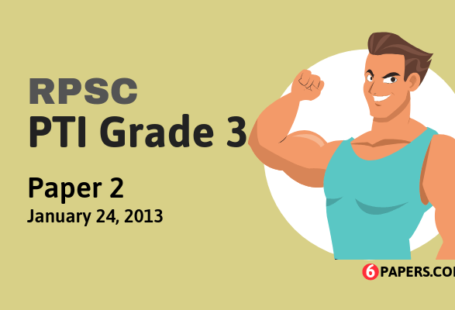