1. ____is a technique in which a dedicated and complete physical connection is established between two nodes for communication.
(A) Packet switching
(B) Circuit switching
(C) LAN
(D) All the above

2. The facts can be
(A) Physical only
(B) Psychological facts
(C) Physical as well as psychological
(D) None of the above

4. Select the series in which the letters skipped in between adjacent letters do not decrease in order.
(A) EQZFI
(B) GWIQU
(C) MGVFK
(D) PJXHM

6. Which of the following is the name of the monthly magazine published by Haryana Sanskrit Academy?
(A) Sanskritavani
(B) Sanskritabharati
(C) Hariprabha
(D) Sanskritabhasha

7. The gaseous envelope of invisib surrounding the earth is called
(A) lonosphere
(B) Tropoon
(C) Stratosphere
(D) Atmosphere

14. Cattle and buffalo belongs to the family
(A) Cammelidae
(B) Suidae
(C) Equidae
(D) None of these

15.________was associated with the tribal republic of the Yaudheyas of the early Christianperiod and holds a series of mounas Which yielded several Indo-Greek coins when excavated by Birbal Saini in 1938.
(A) Bhiwandi
(B) Khokrakot
(C) Charki Dadri
(D) Kaithal

16. Which one of the following is an ancient porti of Indus Valley Civilization ?
(A) Mohenjodaro
(B) Kalibangan
(C) Harappa
(D) Lothal 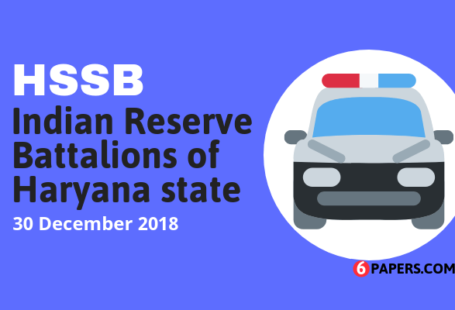